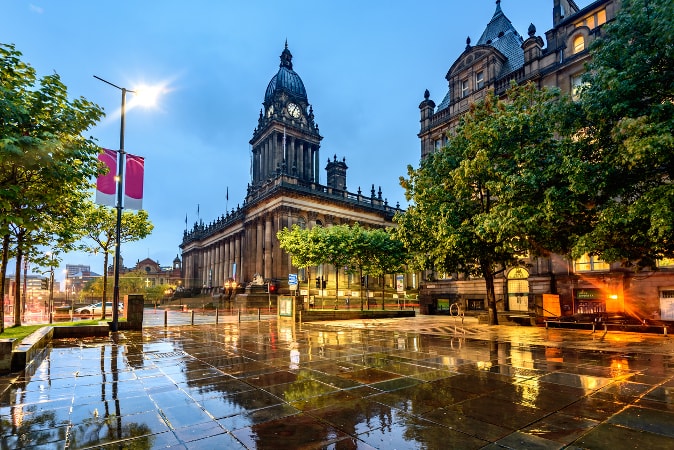 London has long been regarded as the UK’s main business hub. It’s hardly surprising, given the current statistics. In 2016, there were a staggering 5.5 million companies in the capital operating in the private sector, a growth of 2% on the year before.

However, many businesses are cottoning on to the fact that there are growing opportunities outside of London. Other UK cities are rapidly gaining popularity – here’s a list of the key locations to keep an eye on.

The 10 Best Places (Outside London) to do Business

Leeds has a formidable reputation when it comes to start-up survival rates, with over 60% of new ventures successfully making it past their first year. The cheap office rental rates are also appealing, not to mention the huge student population, ensuring plenty of access to young talent.

University College London’s School of Management recently identified Bristol as the best location for businesses in the country, with great broadband speeds, reasonable office rental rates, and a good local talent pool. Thomas Coppen, who owns Keel Over Marketing in Bristol, comments: “Bristol has an atmosphere that breeds entrepreneurs.”

Centrally located, Birmingham offers easy access to many of the UK’s cities, which unsurprisingly, has attracted plenty of new businesses to the area. It’s also established itself as one of the country’s most prominent tech hubs – sometimes referred to as ‘Silicon Tech Canal’. New companies are well supported by the Birmingham City Centre Enterprise Zone, which is focused on generating £2bn per annum to the economy over the next 25 years.

With excellent transport links, a huge student population, and plenty of support and networking opportunities, it’s not difficult to see why Edinburgh is on the list. In fact, according to Expert Market, it’s the best place in the United Kingdom to run a start-up venture.

Brighton boasts a strong start-up survival rate (64%), and has more new businesses per capita than anywhere else in the country. Sometimes called ‘Silicon Beach’, the area also supports companies well, with funding available from the University of Sussex’s science park.

This university city is the perfect place to situate your business if you want access to the country’s best talent. Cambridge dwellers have the highest levels of qualifications in the country, with over 65% having achieved a qualification equivalent to an NVQ level 4 or higher.

Newport emerged as Wales’ best city for business, ahead of Cardiff and Swansea. The cheaper office rental rates are appealing for companies, as are the living costs, which are generally lower than other cities in the country.

Glasgow has enjoyed considerable improvement in recent years, and has risen to become one of the country’s key financial zones. There are plenty of initiatives in place for new companies, like Digital Glasgow and Sustainable Glasgow, to name just two. FDi magazine recently placed the city as one of the top ten most business-friendly locations in Europe.

Oxford’s reputation is largely based on tradition – as the location for one of the country’s oldest educational establishments. However, it’s leading the way in the cyber industry, and offers easy access to some of the UK’s most qualified, intelligent workforce.

Northampton’s start-up businesses are thriving, with 61% surviving in the area. The city also has the highest employment rate in the UK, demonstrating just how healthy the business climate is at present.