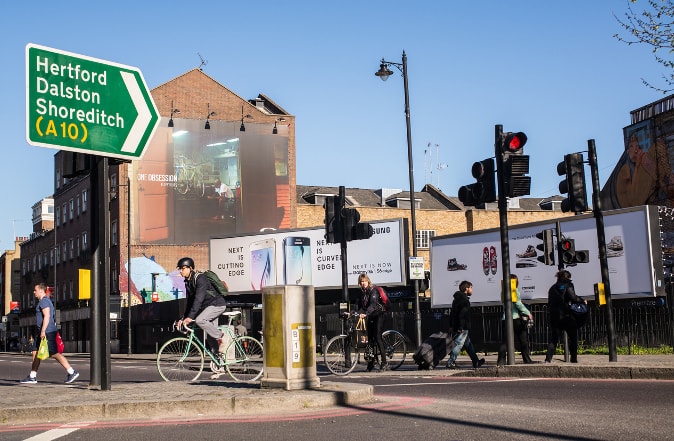 What is the Dalston Quarter? Everything you need to know about Hackney Council’s proposals

Big things are afoot in Hackney, and the proposed Dalston Quarter is likely to play a major role in the evolution of the area. The plan is to transform the Dalston area of the borough into an ‘arts led cultural destination’, and to offer support for local creative and cultural enterprises. However, it has met some obstacles along the way.

If you’re keen to learn more about the proposed plans for Dalston, read on.

What is the ‘Dalston Quarter’?

Plans for the redevelopment of Dalston have been in play since 2013, with a view to make the most of the area’s distinct artistic personality and turn it into a major player on the capital’s cultural scene.

The focus will be on creating a zone within the town where creative enterprises and cultural / community ventures are actively nurtured and developed; by updating and refurbishing a series of sites, which are currently council-owned.

A spokesperson for the project highlighted that the aim was to “create an exciting area consisting of a range of community and creative uses as well as public spaces as part of a balanced approach to land use across the wider town centre.” The overall goal is to not only foster creativity within the community, but to also boost employment opportunities and support local businesses.

A significant driving factor for the proposed Dalston Quarter is the impending arrival of Crossrail 2 in the area, which is likely to bring with it more visitors and greater pressure on the existing infrastructure.

By redeveloping the group of council-owned properties in the Ashwin Street area (plus parts of Dalston Lane), the council hope to present a fresher, more innovative side to Dalston; which will coincide well with the regeneration of Dalston town centre. The action plan also features a new public open space, with the proposed name of ‘Eastern Curve Public Realm’ – which is currently already in existence as a community garden. The council want to make the space a green area for residents to enjoy, with a series of inter-connected spaces with different features.

It’s also hoped that the changes will act as a catalyst for some of the privately-owned sites in the area to be redeveloped too.

What Stage is the Initiative At?

In spring 2017, Hackney council gathered views from residents in and around Dalston, and from local businesses and community groups. However, at the end of the year, another consultation was proposed, due to complaints about the lack of clarity and over-use of technical jargon in the original plans.

Some residents have expressed concerns about the commercialisation of Dalston, which they fear will strip the area of its history and personality. The ‘gentrification’ of the neighbourhood is a topic frequently raised by locals, yet it’s undeniable that the future plans are boosting Dalston’s appeal; with house prices up 12.3% (Oct 2014 – Oct 2017) – an impressive performance compared to Central London’s -7.7% drop.

As it stands, only time will tell if Hackney council forge ahead with the development of the Dalston Quarter or not.