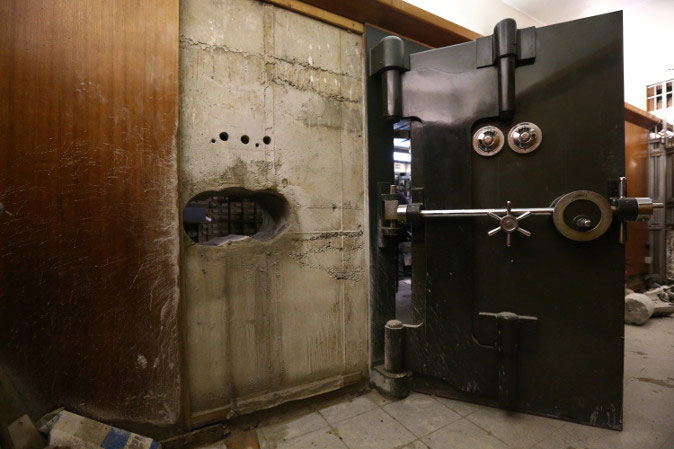 Preserving the Jewels – My Thoughts on the Hatton Garden Vaults Buyback

On one mid-November’s day, David Pearl invited a number of his staff and staff heads at the Structadene Group to discuss the basement premises at 88-90 Hatton Garden. Considering the company had been silent on the building to the outside world following the heist in April 2015, we feverishly went into the boardroom to hear David’s thoughts.

Even then I didn’t know that I would go on to be involved in handing back the building that had been so infamously raided. A piece of my conveyancing history intertwined with the biggest burglary in British history – not a bad story to tell the grandchildren!

After lots of brainstorming, questions and enquiries (and coffee), it was decided that David would buy back the premises via a surrender of the lease in order to assess the damage to the building, and then apply for planning to turn the office and vaults into a leisure establishment. What with David’s fascination with history, the idea of a museum popped into everyone’s mind.

The Hatton Garden Safe Deposit had gone into liquidation and there was concern that both the company and David were taking on a liability. David was having none of it. With his usual joie de vivre, he sensed an opportunity to turn a famous crime into a chance for British people to get even closer to an exciting piece of British history.

He owned the property to which the vaults existed outright, so, in layman’s terms, there was no time limit to his period of ownership where the lease owned by the defunct Hatton Garden Safe Deposit Ltd was a depreciating asset with David receiving a limited income per year. In other words, every year it was worth less and less in terms of value to Structadene and to David’s ownership.

When he cheerfully noted he would be getting his building back, then, he didn’t only have the museum in mind. David was also looking for a way to turn around the capital value and income of the building.

The premises were of 1,300 sq ft with a passing rent of £230 a year lasting until 2033. That meant a guaranteed investment of only £3,910 before recovery of service charge, management fees and any turnover rent.

A decision was made to buy back the premises for a premium – £200,000 – in exchange for the Hatton Garden Safe Deposit Ltd returning the premises back to David. The premises had already been put up for sale by Hoffman Partners on behalf of liquidators Streets SPW. 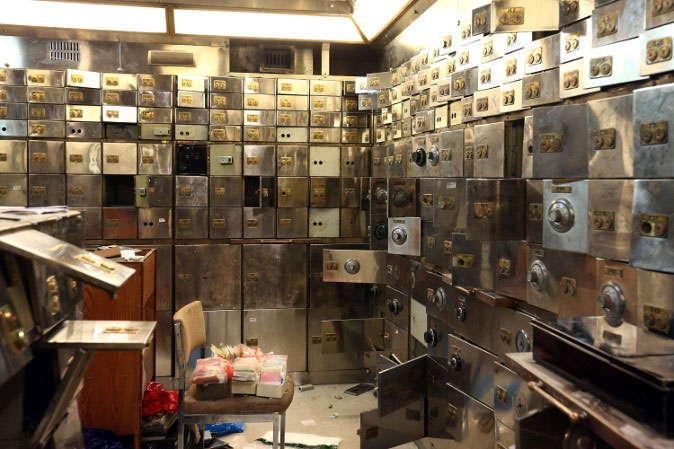 By 13th November 2016 David had fought off competition from other interested buyers and it was confirmed his proposal had won. I was instructed to lead on the conveyancing aspects of the buyback, with Richard Wells acting as surveyor and negotiator with the liquidators. We both queried whether we could recover any of the outstanding rents on the account of the Hatton Garden Safe Deposit Ltd while effecting a deal.

Michael Segen of SBP Law in Carter Lane was instructed to act for the liquidators and we set about producing and negotiating the legal documentation at once.

Keen to ensure we didn’t leave the door open for the liquidators or Hatton Garden Safe Deposit Ltd to leave without paying some of the contractual obligations, I asked to see the notice of liquidators’ and creditors’ meeting proposals. Richard Wells also reviewed the current lease and suggested we ask for some state of hand-back condition since the premises were being returned in exchange for a premium, and in full and final settlement of liabilities under the lease.

To that end, David instructed that he should receive the safe deposit boxes – but the contents should be cleared by the liquidators before completion of the surrender.

Personally, I was quite interested to see what was still remaining. Initially reports of the heist were that £14 million had been cleared out, but there was a criminal case still being heard at Woolwich Crown Court with estimates as high as £200 million.

Due diligence confirmed that the Hatton Garden Safe Deposit had gone into liquidation on or around 1st September 2015 following resolutions to wind up the company. We instructed that the liquidators must go on site to manage the handover process, and also ensure security arrangements were put in place to allow David to have a full hand-back of the vaults building, including all keys.

As the negotiation of the surrender document ensued it became clear that the safe deposit boxes were damaged. That meant we couldn’t receive any warranties as to their state and condition. David took a certain view on that, considering that receiving the premises with the original fixtures and fittings would be much more authentic if he decided to turn the vault into a museum.

Next I had to liaise with the Director and Group Accountant Gulam Patel as to the VAT aspects of the deal. As ever, Gulam’s appetite for all things VAT was voracious and his knowledge outstanding, so we were keen to get full disclosure on the other side’s VAT position in order to limit David’s liability. We ensured that the surrender premium was exclusive of VAT.

The legals had been agreed by the beginning of December. The other side agreed via SBP Law to have an exchange and completion of the surrender for 3rd December 2015. This meant that Richard Wells had the pleasure of carrying out a final site visit with the lead liquidator (Stella Davis from Streets SPW) before I was given authority to arrange transfer of monies and formally date documentation.

We sealed the deal and completion took place on Friday 4th December 2015.