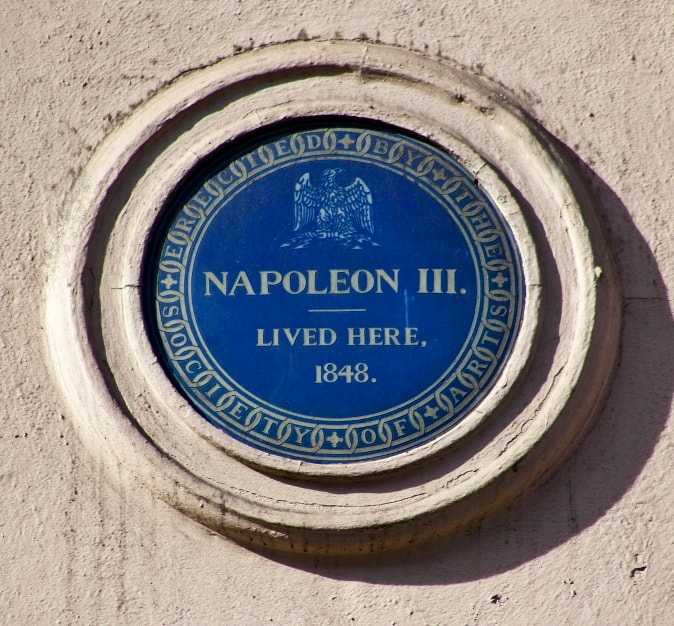 The Quest to Save London's Blue Plaques

We’re sure you’ll know about London's famous blue plaque scheme, celebrating its 150th anniversary this year. Found dotted all over the city, the plaques mark residences where notable people once lived. They’ve been a popular feature with tourists and residents alike ever since they were introduced.

What you may not know is that the scheme was almost scrapped a few years ago. For nearly a year the plaques were rumoured to be under threat until English Heritage, who manage the scheme, reluctantly announced in 2013 that it would indeed be forced to stop the scheme. Thankfully, a raft of generous private donations poured in to try to save the scheme and today it’s healthier than ever.

A fantastic line-up of plaques commemorating figures from world history are set to grace London’s streets in 2016, including Bobby Moore, captain of the 1966 World Cup winning England team, beloved comedian Tommy Cooper and Sir Benjamin Baker, the Victorian engineer who helped to pioneer the London Underground.

So, why was the scheme endangered for so long, and who stepped in to save the day? Here’s the full story.

London's Blue Plaques are the oldest of their kind in the world. The first plaque appeared in 1867 in Cavendish Square to mark the previous residence of Lord Byron, and hundreds of others have since been erected.

English Heritage has run the scheme in London since 1986. A lot of work goes into the plaques, which cost around £4,000 each. This includes not only the making of the plaque and the installation, but all the research that goes into finding out whether the person really did live there – which is not always an easy job. In fact, English Heritage employs two historians for the task.

In 2012 the organisation became one of the many victims of the global downturn. The government’s 2010 Spending Review announced a 32% cut in funding for English Heritage, which embarked on a long-term restructuring in order to cover costs, and then a further 2% cut was announced in the Autumn budget. All in all, the group’s budget shrank from £130m in 2010/11 to £92m by 2014.

In response to the cuts, the group said they would need to cut back on installations. In all its 150-year history, the scheme has only needed to downsize twice: once during World War I and again during – you guessed it – World War II. This would be the only instance of the scheme being curtailed during peacetime.

“So much good work has been accomplished this year against the odds,” wrote then-Chair of English Heritage Baroness Andrews in a determinedly optimistic foreword to the group’s annual report. “None of what we have achieved this year could have been achieved without the inspiring, engaging and expert work of English Heritage staff in supporting England’s heritage.”

But in January 2013 the organisation announced the cuts would force it to suspend the production of new plaques and lay off staff on the blue plaque team, potentially saving around £240,000 over two years. Given the reduction in its budget, the group decided to prioritise the conservation of its historic buildings.

Help on the way

The suspension of the scheme hit the news and made a big impact with the public. The plaques have long been an important cultural feature of London, despite attracting controversy occasionally. For example, at the time the suspension was announced, there were 882 in total and only 117 of those were women.

Simon Thurley, then CEO of English Heritage, explained in an interview that alarmist headlines from the media had clearly had a galvanising effect on people who enjoy the plaques: “We have had an amazing number of people writing in from appreciation societies and so on,” he told the Evening Standard.

For some time after the announcement, English Heritage were trying to find alternative funding in an attempt to save the scheme. The chairman of the National Trust discussed the potential for his organisation to step in and take over it. But with the public response to news of a threat to London’s blue plaques, the possibility of funding through increased donations emerged.

One of the first people to support the scheme was our own David Pearl, who was horrified by the threat to the plaques. Simon Thurley recalls: “When it was made public that we’d got into slight financial difficulties, Mr Pearl, who really is a pearl among men, came out of the blue and said ‘I love the history of London; I love the Blue Plaque scheme. Please let me help.’”

David stepped up as an individual donor with a pledge of £80,000, enough to fund 20 new plaques. A keen amateur historian, David has since bought the Hatton Garden vault where the audacious robbery took place in April 2015. He is considering turning it into a museum to recreate the scene of the crime as a tourist attraction, calling it "an incredible part of London's recent history."

A private donor’s group known as the Blue Plaques Club was set up to offer further support and, together with David’s contribution, they revived the scheme to the point that it was able to relaunch in June 2014, much to the delight of the British public and the Evening Standard, who had been supporting the scheme with a ferocious campaign for donations.

Discover the Blue Plaques for Yourself

So now we know that the Blue Plaques will continue, you should try and see them for yourself. As well as taking an organised tour, you can also download the Blue Plaques App for Android and iOS. Then you can discover the plaques across the city at your own pace and discover more about the famous residents of London over the centuries.