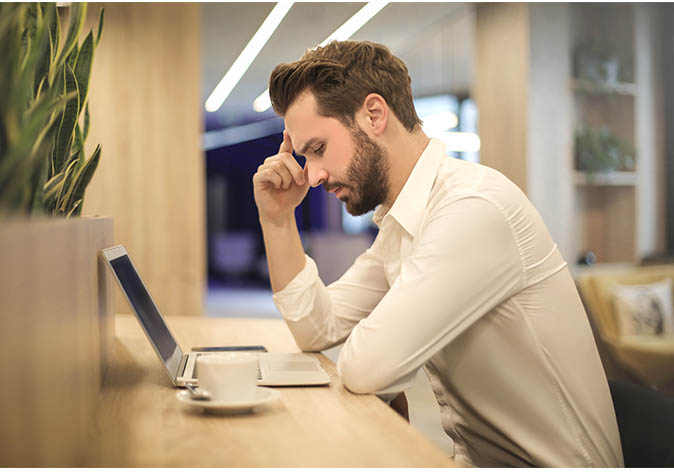 Dubbed the most depressing day of the year, Blue Monday - the third Monday of January has entered in the national consciousness as a day on which individuals are left feeling, well, blue. Attributed to a combination of post-Christmas lack of funds, bad weather and low motivational levels (it’s about that time that new year’s resolutions can fall by the wayside), it’s estimated employee absence levels rise on Blue Monday.

Falling on the 20th January in 2020, Blue Monday, as well as January as a whole, tends to see increased staff absenteeism as workers start to feel the stress of being back at work, and the Christmas break becomes a distant memory.

While there may be some debate around the “science” of Blue Monday, as a concept it does offer business owners the opportunity to think about mental health in the workplace and positive steps which can be taken to improve overall wellbeing within their organisations.

The impact of Blue Monday on UK business

The University of Exeter and office environment consultancy Ambus conducted a survey into Blue Monday that showed the potential cost to the UK economy could be as much as £93 billion.

Additionally, a study into post-Christmas workplace happiness undertaken by Peldon Rose indicated that a significant majority of workers say that winter has a negative effect on their mental wellbeing with half saying that it adversely affects mood, and over a third stating that winter affects productivity.

Business analysts generally see January as a whole as a period during which increased absences occur. Of course, while this is also generally the cold and flu season, much of this can be attributed to low mood and related issues.

On an individual level, the cost of mental ill-health of workers can have several negative impacts on an organisation, therefore it’s imperative to businesses take steps to improve overall wellbeing.

A  study from The Chartered Institute of Personnel and Development highlighted the impact that mental ill-health can have on organisations. It found that:

Additionally, there can be a domino effect, as staff are absent due to poor mental health, pressure is often placed upon other team members, which can lower morale and cause further stress amongst your workforce.

Employers should be aware of the pressures which can cause unauthorised absences or sickies and take steps to combat them - putting mental health conditions in the spotlight.

Managing workplace wellbeing on Blue Monday and Beyond

While Blue Monday does offer employers an opportunity to think about mental health in the workplace, it should never be a sole focus. Instead, place value on thinking about ways in which to encourage mental wellness all year round.

The key to good mental wellbeing in your organisation is to create an environment which is supportive all year round.

For many employees – uncertainty can be a trigger which causes anxiety and depression, so work on making your business as transparent as possible. Give staff the tools and power to do their jobs properly, and create clear career development plans to allow your staff to create their own progression goals.

Fostering a culture of mutual support is vital – so ensure that all managers and staff are empowered to make adjustments when a team member is going through a period of poor mental health – perhaps by adjusting tasks or redistributing workload.

Employees who have the flexibility to meet family and personal needs are less likely to be absent from work on a regular basis, and offering this flexibility helps to reduce stress which can contribute to poor mental health in the longer term.

Offering flexible working patterns can also be a factor in reducing staff turnover. By offering flexible solutions, such as compressed working hours, working from home or alternative shifts you allow for those who may not be suited to the traditional 9 - 5 workday.

Your office environment can play a huge role in the happiness of your staff. The Peldon Rose survey indicated that a third of respondents believed that their office environment has a negative effect on their wellbeing, and 54% stated that a cold office negatively impacts their mood through the winter. Additionally, 39% said that fluorescent office lighting can have a negative impact on mood.

The same survey showed that some of the most valuable items to good workplace wellbeing included a good heating system (96%), exposure to natural light (94%) breakout space (92%) and quiet settings (87%) have a positive impact.

The reality is – January can be a fairly miserable month, so consider if you can put in place a positive event to motivate your staff. From offering an end of month party to running incentives that include prizes or rewards throughout January, you can offer a little light relief in this traditionally blue time of year.

The key to beating the Blue Monday blues is to offer a good place to work no matter what the time of year. And with a little positivity post-Christmas, you can help your teams stay on track.