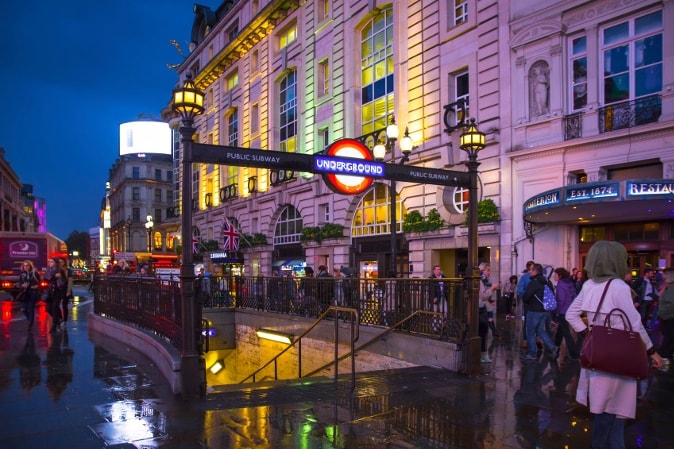 Relocating to the West End: Everything You Need to Know

The West End is one of the most iconic areas of London. It attracts over 200 million visitors each year (a quarter of whom are from abroad) and is well known for its cultural attractions and world-famous shopping streets.

There are 75 streets in total in the West End, plus a staggering 236 flagship retail stores drawing people to the area. But it’s not just retail that’s thriving in the West End: investment in office space has also increased in recent years, demonstrating just how popular this location is becoming with businesses of all types.

Why do Businesses Move to the Area?

The West End is an excellent place to be if you’re in business. It’s widely recognised as one of the country’s most lucrative areas. Its GVA (Gross Value Added) to the UK economy is £51 million annually – nearly as much as the whole of Wales!

Three years ago the situation was somewhat different. High rents were driving big businesses from the West End to the east side of the city, with over 55% of the relocating companies choosing to move into the City & Docklands area. Legal firm HowardKennedyFsi’s decision to move out of the area in 2015, for example, was based on lack of available large buildings in the West End.

Towards the end of 2015, this trend started to change. Rental rates in fashionable East London locations such as Shoreditch started to rocket, forcing businesses to look elsewhere for premises. Considerable investment into West London suddenly made the area an attractive option again, particularly with growing companies.

As you might imagine, rent is generally high in the West End, particularly if you’re looking for retail space on one of the more well-known streets. Yet with one of the highest annual footfalls in the world, it’s an investment most companies are happy to make.

Interest in leasing office space has increased in recent years, partly fuelled by the imminent arrival of the new Crossrail station in the area which further extends links with the rest of the city and beyond. In 2013 a total of 3.4 million sq ft of business space was let, demonstrating just how popular the area was becoming. By the end of 2014, average office rental prices for the West End were recorded at £115 per sq ft – and this figure has grown in recent years.

It should be noted, however, that certain areas of the West End offer better value. For example, Bloomsbury and Covent Garden are around £97 and £99 per sq foot respectively.

If you’re thinking of moving your business to the West End, you’ll find that the most predominant form of office space on the market is relatively small, due to the nature of the location. Many offices are situated in converted period buildings (particularly Victorian, Georgian and Edwardian), though there are also a number of modern offices available to rent.

Thanks to the dominance of retailers in the area, it’s also not uncommon to find offices above shops or restaurants, though units in specialised commercial buildings are also available.

Support for Businesses in the West End

Business is what drives the success of the West End and, as a result, companies operating in the area are provided with plenty of assistance and guidance. Organisations such as The West End Powerhouse work hard to secure funding for businesses in the retail and leisure industry and to date represent over 600 companies. They’ve invested £50m in the last ten years.

Employees in the area benefit from the Wow Privilege Card, which offers savings on food, shopping, entertainment and leisure.

Future Developments for the West End

The new Crossrail station, set to open in 2018, is anticipated to bring an additional 125,000 people to Bond Street and Tottenham Court Road station each day. It will also bring Heathrow Airport even closer – with commute times from Bond Street station shortened to just 29 minutes.

Other developments, such as the extensive project in the Regent Street, St James’s and Haymarket area, delivered an additional 200,000 sq ft of office space and 454,000 sq ft of retail space – enabling the West End to enjoy even more growth in the future.

Should You Move Your Business Here?

Businesses from all sectors have chosen to locate their company in the West End, from multinational enterprises to start-up ventures. The popularity and prestige of the area, not to mention the excellent transport links, enable businesses to connect, travel and grow with ease.