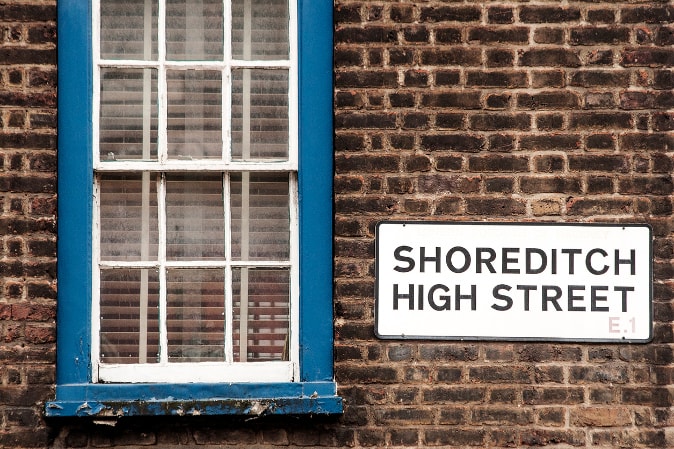 Why Shoreditch is a Great Place for Office to Resi Conversion

Office to residential conversions in London have been growing in popularity for around ten years now – spurred on largely by the capital’s ongoing housing crisis. In the last 16 years, over 3 million sq ft of office space in Central London has been converted for residential use, with a further 1.8 million currently awaiting planning consent.

Many investors view Shoreditch as a largely commercial location, given that it’s the tech hub of the city. However, shrewd buyers are likely to start considering office to resi conversion in the area, especially as demand for accommodation is so high.

Shoreditch has long been hailed one of London’s most prominent upcoming locations. Largely associated with the creative industries, it’s gained a reputation as being one of the capital’s trendier spots, making it popular with start-ups and established companies alike.

However, it’s not just businesses that have flooded to the area. Shoreditch has become synonymous with independent boutiques and eateries, which further adds to its residential appeal. Young professionals have been making Shoreditch their home, and demand for housing is high. As of 2015, the Shoreditch and Hoxton East ward had 11,875 residents, with a significant proportion being single, multi-person and student households.

Additionally, a recent report showed that Shoreditch experienced a 46% house price increase from 2012 to 2015, which was considerably higher than prime Central London (just 20%) – a sure sign that it’s ripe for property development.

Due to steadily rising prices in the recent past, some buyers looked further afield for property, particularly to neighbouring locations such as Bermondsey or further east. As such, prices levelled out in recent years, with an average flat now costing £671,141 and an average house costing £1,155,707. Average rental rates are around £600 per week.

However, prices are now rising in surrounding areas too, which means home-buyers and investors alike are returning to Shoreditch. Property developers looking to sell residential conversions should experience a high level of interest.

The relaxation of the rules governing office to resi conversion has made real impact in London. Whilst residential properties remain expensive, office values are traditionally considerably less – usually around 30% lower.

This makes the option to convert even more appealing, as there’s the opportunity to make good ROI from the resale of the property. Another key reason to convert in Shoreditch is the arrival of Crossrail at nearby Liverpool Street station, which will cut journeys to the West End in half (from eight minutes to four). Journeys to Heathrow will also be reduced.

All parts of Shoreditch are likely to be profitable in terms of conversion. In particular, the southern end of Shoreditch (notably Spitalfields) is proving popular with home-buyers, and it may be worthwhile keeping tabs on this area.

Although technically it’s possible to convert any type of office space, experts consider pre-1970s offices to be the most viable. When viewing properties, it’s important to consider the size and height of the building, plus its internal layout. Factors such as access and means of escape must also be weighed up, and it’s also important to note that, in order to meet building regulations, recladding is normally required.