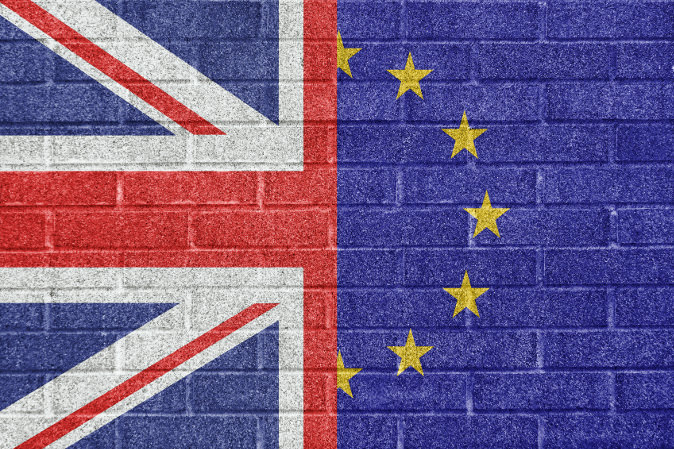 Brexit's Impact On Commercial Property: Why The Market Should Recover

You may have noticed that we’ve avoided the topic of Brexit so far. I mean, who’s even talking about that anymore, right? We’ve focused instead on bringing you totally fresh content, because other things are also going on.

But it didn’t take long before the massive uncertainty generated by Brexit started to have a real, felt impact on the commercial property markets. So, given that we’re the insiders, we thought we would share our assessment of the situation with you.

There’s no point avoiding the facts: there’s plenty to be concerned about. But the truth is, there are also many things to be hopeful about.

Most respected economists were predicting in the run up to the referendum that a Leave vote would damage the value of investments. Now figures have revealed that billions of pounds have been wiped from the value of commercial property since we all woke up to Brexit on June 24th.

This reflects a dramatic reduction in value of investments and property funds, one which caused Standard Life to suspend redemptions in its retail property fund, and then led to Aberdeen Asset Management writing down its fund by around £500m. Since then more commercial property funds have been suspended.

This has seen investors unable to access around £12bn of their investments. That is a gigantic amount, whichever way the media and politicians slice it. Many deals struck before the referendum had Brexit clauses written into them, allowing buyers to walk away from a purchase or to squeeze the vendor for a discount. Investors have walked away from deals totalling £650m in London alone.

Plans continue to fall through. It’s now uncertain if 22 Bishopsgate, which would have been London's tallest building, will go ahead. The £500m deal to sell Cannon Place and another for a development on Wood Street have all fallen through.

Adding to the uncertainty is the number of businesses that are considering moving their headquarters out of the UK. While most of the big multinationals have committed to staying in London, smaller firms are waiting to gauge the true impact of Brexit. Many expect companies to relocate if their main financial trading is in the European markets. There may be much more empty office space until the market adjusts.

That’s the negatives of the situation as it stands. Now on to the positives.

…and why we’re hopeful

The good news is that signs are pointing to one thing: these are likely to be very much short-term repercussions, a post-Brexit fallout that will settle down in time.

A lot of uncertainty was generated in the run-up to the EU referendum. This had the effect of disguising what were already well-established problems, especially in the capital: demand for limited space pushing prices to increasing heights. Any devaluation of commercial properties may actually be beneficial for businesses and investors because it helps to get prices closer to true market value. This would almost certainly have restorative effect on demand.

Demand for commercial property has continued to fall, but the fact is that this sector has proved remarkably resilient to economic blips in the past. Only six weeks after the vote, banks are continuing to lend to investors, a situation utterly unlike what we saw in the weeks following the 2008 crash. Office prices in London have remained stable despite the fall in demand, something which would be unusual in other markets.

There’s no reason to think that demand won’t bounce back. You need look no further than overseas. During the span of years between the crash and the referendum, foreign investment accounted for roughly two-thirds of the commercial property transactions in this country. The fall in sterling means that the market for them is around 10-20% cheaper.

Indeed, overseas investors from the Middle East and Asia have seen Brexit as an opportunity to buy while the pound is weakened – several high-profile investment consortiums from these areas have even accelerated their bids. The stall in activity in the weeks since the vote is likely to have been a momentary freeze while investors waited to see whether further currency shifts would work in their favour.

Brexit means a blip for commercial property. Demand has dropped, values have dropped, funds have been frozen, deals are falling through and there’s uncertainty everywhere. The usual reactions to an economic downturn are being seen right now in the commercial property market.

But there are two main positive takeaways here. First is the question of whether we are indeed heading for a downturn, and what the extent of it may be. The market is almost reacting pre-emptively right now, moving to protect themselves against the prospect of a downturn. The second is that commercial property has always been highly resilient to downturns and there’s no reason to think the shockwaves won’t settle in the near future. Signs are already indicating its potential for recovery with overseas investment beginning to show signs of life from new areas.

In short, while the UK begins the long, slow process of extracting itself from the EU, there’s going to be an amount of uncertainty for some time to come. But there’s no reason to think the damage will be lasting – or even last very long.