Changes to Section 21: An end to the fixed term tenancy?

Back in April of 2019, the government announced its plans to commence a consultation process which would abolish Section 21 evictions in England.

Perhaps welcome news for tenants, who, despite many changes to the private rented sector over recent years, can still face uncertainty around long term tenure when letting a property.

Known as no-fault evictions, Section 21 is the only way in which a landlord can serve notice on a tenant if they are not in any breach of their assured shorthold tenancy agreement, and without any reason.

At the time of the announcement, the then Prime Minister Theresa May said: “Everyone in the private sector has the right to feel secure in their home, settled in their community and able to plan for the future with confidence.”

“But millions of responsible tenants could still be uprooted by their landlord with little notice, and often little justification.

“This is wrong and today we’re acting by preventing these unfair evictions. This important step will not only protect tenants from unethical behaviour but also give them the long-term certainty and the peace of mind they deserve.

“Landlords will still be able to end tenancies when they have legitimate reasons to do so, but they will no longer be able to unexpectedly evict families with only eight weeks’ notice.”

The consultation, published in June 2019 is titled A new deal for renting: resetting the balance of rights and responsibilities between landlords and tenants, is the latest in a raft of changes which are designed to make the process and experience of letting a property a more secure option for tenants.

What is  Section 21 of the Housing Act?

A Section 21 (Housing Act 1988) Notice is the first step a landlord would take to gain back possession of a property. It is a written notice to terminate an Assured Shorthold Tenancy on a ‘no-fault’ basis, meaning that a landlord does not have to give a reason for ending the tenancy and needs to give just two months notice.

The alternative to a Section 21 notice, is what is known as a Section 8 notice, which is served when a tenant has breached specific terms of the tenancy – for example by not paying their rent or where the tenant has caused anti-social behaviour. However, unlike a Section 21 notice, a tenant is able to put in a defence, and if a tenant does not leave when the notice expires, the landlord will need to go to court to seek possession of the property.

If the plans to remove s.21 as an option for landlords goes ahead, this will mean that when seeking possession of a property, landlords will instead need to serve a section 8 notice.  The government has stated that “landlords will need to give a clear valid reason for taking back possession of the property and would need to be able to satisfy a judge of the validity of their claim”.

Changes will also need to be made the Section 8 process, to allow for landlords who may need to seek possession of a rented property for other reasons - for example, they need to move back into the property or sell it.

A survey of 2001 private tenants undertaken by Citizens Advice suggested that tenants who made a formal complaint to either their local authority or to a redress scheme had a 46% chance of being evicted with the following six months.

Some measures have already been put in place in legislation in order to address this issue.

For example, landlords are now banned from issuing a Section 21 notice for 6 months if the council has served your landlord with an improvement or emergency remedial action notice. Or if the landlord has failed to follow proper deposit protection procedures and provide the prescribed information for where a deposit is held they cannot serve notice.

However, in practice, this still does not protect tenants fully against what are known as “revenge evictions”.

Many organisations and charities have come out in support of scrapping s.21 notices as a means to evict tenants, including Centrepoint, The Salvation Army UK newspaper The Times and The London Assembly.

The clear benefits for tenants if the plans for the abolition of section 21 goes ahead is much more security within their tenancy. Currently, tenants may be nervous about raising complaints about repairs or issues within their rented property for fear of being evicted.

While the government has not stated that tenancies would need to be indefinite, by removing the option of a section 21 notice, periodic tenancies (the period after fixed-term tenancy agreement has expired) would be a more secure time for tenants, removing the option for a landlord to serve notice with no reason.

Security of tenure can have an incredibly positive impact on the wellbeing of tenants, and in a generation where long term renting is becoming a preferred option for many, these changes are likely to be extremely well received by “generation rent”, who can then plan to stay within their community.

While the benefits are clear, there is a danger of some hidden pitfalls which may impact on tenants and the wider rental market. Some experts have claimed that landlords may choose to try and force tenants to leave after a specific term by raising rent to unaffordable levels, effectively making the tenancy unsustainable.

Additionally, by removing the “easy option” to evict, some landlords may become more discerning when it comes to tenant selection – making it tougher for those who are not classed as an “ideal tenant” to secure a rented property.

Also, if the legislation does go ahead, the new terms and conditions will only apply to new tenancies from the date of implementation. Therefore if the original tenancy started prior to implementation, it’s likely that s.21 notices will still be served. 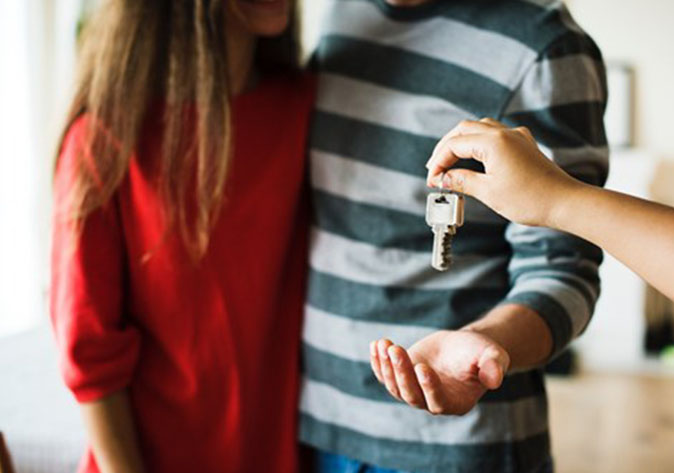