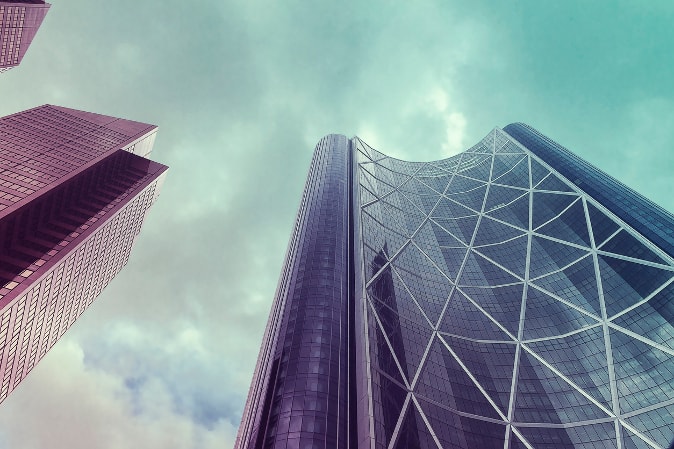 Demand for commercial property in the UK continues to be strong, regardless of the political turmoil caused by the snap election and Brexit negotiations. This is particularly the case in London, where foreign interest is still high, especially amongst Chinese investors.

Here’s some more information about the current commercial property market, and the latest industry developments.

Chinese Interest Strong in the Capital

Chinese investment in London commercial property has trebled since the EU referendum last year, with investors showing particular interest in large-scale, prominent developments, such as the iconic ‘Cheese Grater’ and ‘Walkie Talkie’ (see below). According to data from CBRE real estate group, Chinese spending in the capital was £3.96bn from January to June this year; considerably higher than the £2.69bn spent throughout the whole of 2016. 90% of the Chinese investors were based in Hong Kong.

20 Fenchurch Street, unofficially referred to as the ‘Walkie Talkie’, has been a source of controversy since its construction, with complaints being made about its reflected light (powerful enough to scorch surrounding cars) and its ‘wind tunnel’ effect, which neighbouring pedestrians claimed was strong enough to nearly knock them over. However, this hasn’t deterred Lee Kum Kee Health Products Group, who purchased it for £1.3bn this month, as part of their strategy to “expand (their) global presence through strategic investments.”

The Royal Bank of Scotland announced plans to relocate their HQ to Amsterdam, amidst investigations over potential breach of money laundering regulations. They already have a banking licence in the Netherlands, and the move is a bid to “minimise disruption to the business” in the wake of Brexit. At present, the cost of the move is estimated to be in the “tens of millions”, and some staff may be relocated from the current London premises.

New data shows that the UK only has just over a years’ worth of industrial premises left, thanks to heightened demand. Industrial building availability has dropped by around 62% from 2009, with the West Midlands particularly hard hit at 72%. A spokesperson for Colliers International (responsible for compiling the data), explained that the demand was due to the “weakening value of sterling encouraging a surge in demand for British goods.”

Deutsche Bank, Germany’s largest lenders, have now signed an agreement to purchase premises at 21 Moorfields, a site still currently under development. The bank plan to take a 25-year lease on the forthcoming property, which will cover at least 469,000 square feet, and its estimated that the company will be in situ in 2023. A spokesperson for the bank commented: “The move underlines the bank’s commitment to the City of London and the importance it attaches to being an employer of choice in the capital.”

There are several significant developments scheduled for Northampton, including Four Waterside within the Waterside Enterprise Zone (set to create 60,000 square feet of office space), The Lakes at Waterside Way, the Project Angel building in the town centre, and the University of Northampton’s new campus. This is likely to increase investor interest and encourage more businesses to relocate to the area.