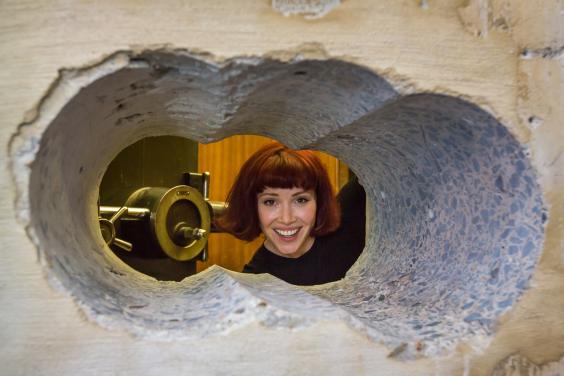 On 1st March 2016, 40 privileged guests stepped over the threshold of the scene of one of the biggest heists in Britain’s criminal history in aid of one of David Pearl’s favourite charities: National Youth Theatre of GB.

Just one year before, the same basement in Hatton Garden had played unwitting host to a bunch of daring granddads on one last hurrah nicking as many diamonds as possible through an impossibly small hole in a massive concrete wall. It shocked us all that OAPs could be so bold and then manage to get away virtually unnoticed. Drama was always at the heart of this robbery, to the extent that the media even named them all - Mr Ginger, Mr Strong, The Gent - like a strange warped version of Reservoir Dogs! Hatton Garden therefore seemed a fitting venue for an evening of drama and fun to celebrate a diamond year. This time, though, it was for a worthy cause…

David Pearl is known to throw a good party and this was no exception. The whole basement, the fire escape where those famous wheelie bins were carted off and even the vault itself were transformed, with waiters dressed in jail outfits, cocktails served in tin cans and a good dose of razor wire to add to the crime scene vibe. Delicious canapés were served in rusty metal containers reminiscent of the raided safety deposit boxes and drinks were served through an opening in a make shift Perspex cover in the style of a prisoner’s booth.

There were very few dodgy pensioners on site, though, with the cohort being peppered with bright young stars from the next generation of great actors and citizens in the form of National Youth Theatre members who dazzled guests with their entertaining banter and role play. Using improvisation typical of a site-specific Punch Drunk piece, guests were immersed by the young performers in a strange world of investigative reporting, playing dress up in hard hats and high vis jackets and even handling 'contraband' through mysterious, secretive exchanges.

Highlights included a raffle draw for the first person to enter the vault - "Via the hole or via the door, madam?" - and a raucous and rude rendition of Chicago’s Cell Block Tango where 'they had it coming' rang out loudly in the narrow corridor performance space.

This event raised nearly £20,000 for National Youth Theatre of Great Britain who in 2016 celebrates 60 fantastic years of work with young people all over the UK to build their confidence and improve their citizenship. A refreshing and exciting use of a basement with a story to tell lost in time in the heart of the diamond district itself.