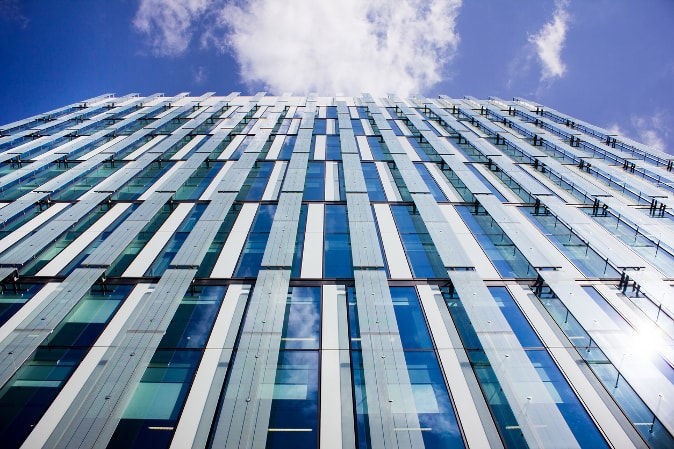 We’ve round up the latest news in the commercial property market, handily divided by region so you can get a broad view of the market across the UK!

The tallest tower in the City of London, often called the ‘Cheesegrater’, was recently sold for £1.15bn to a property tycoon from China. The deal marks the second largest commercial property sale ever made in the UK. British Land, the developers behind the iconic building, commented: “This sale shows continued investor appetite for best-in-class, well-located property in London.”

The Canary Wharf Group are currently seeking agents to market a 50% stake in their iconic building at 20 Fenchurch Street, known also as The Walkie Talkie, for approximately £600m.

The former headquarters of one of the area’s largest construction companies, Thomas Vale, has been sold to a private investor for £1.3m. The agent assisting with the sale stated that it “shows the continuing strength of demand for modern purpose built offices in the county.”

St Modwen, regeneration specialists, have submitted plans for the final phase of development at the Burton-on-Trent site. The site has already attracted a lot of interest from big brand names, including Starbucks and Aldi.

The developers behind the £5bn Liverpool Waters project have unveiled their plans for the Central Docks neighbourhood, which will be part of the Liverpool waterfront regeneration programme. They’ve released eight new plots, and are actively seeking investor development.

Southwold’s companies are railing against the ‘catastrophic’ consequences of recent business rate hikes. It’s thought that the seaside town could experience a 177% increase, which some fear may destroy local businesses. Clare Hart, who runs a newsagent in Southwold, commented: “I calculate we would have to generate an extra £50,000 a year in sales to cover it.”

A 40,000 sq ft industrial space at Wolverton Mill in Milton Keynes has recently been sold for £4m to a private investor. The agents responsible for the sale highlighted the fact that the area continually enjoys high levels of interest from investors, as many companies choose it as a base for their national operations. “Major employers within the region,” a spokesperson commented, “include Coca Cola, Tesco and DHL.”

Wales and the South-West

Property Developers JR Smart will be building an additional 170,000 sq ft of grade A office space in the heart of Cardiff’s Capital Quarter. The final phase of the project is scheduled for completion in September 2018.