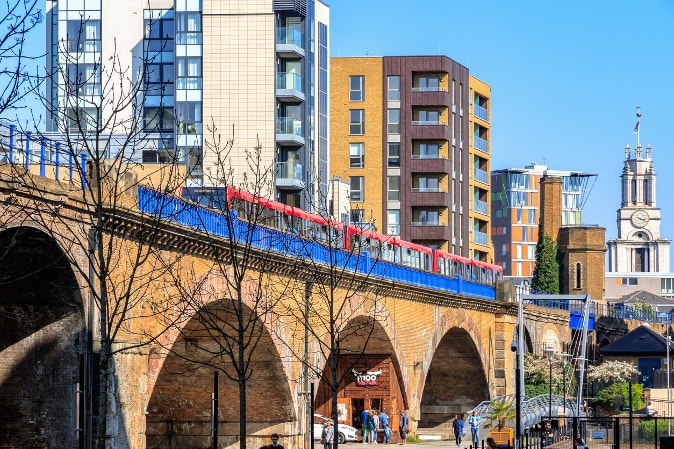 Who are the Guardians of the Arches and why are they Campaigning?

Businesses that operate out of railway arches are a common sight in London, and are very much part of the city’s unique personality. However, Network Rail plan to sell off their arches, which puts these companies under threat.

Guardians of the Arches, who started off as a collective of business owners / tenants in Hackney, are on a mission to stop this from happening. Here’s more information.

Network Rail currently rents out around 5,500 arches across the UK. They are the country’s largest landowner as far as small businesses are concerned. However, at the end of 2017, Network Rail announced plans to start selling its commercial property business, much to the dismay of companies in London and beyond.

For a group of Hackney-based tenants, talking about the situation wasn’t enough. They were prepared to start fighting for their rights as business-owners, and to take the matter to the government.

According to Network Rail, the sale of its commercial property would let it “focus on its core business of improving the passenger experience and running a safe, reliable and growing railway, and help fund its upgrade plan.”

However, in real terms, this poses a severe threat to business-owners under the arches, with reports of rents already being spiked by as much as 350%. On 12th June, members of Guardians of the Arches attended a meeting in Parliament, to plead their case and suggest alternative paths forward.

Ben Mackinnon, owner of the E5 Bakehouse (under the arches near London Fields Station), comments that the sell-off could “really destroy Hackney,” and lead to “another empty centre, and ultimately people are going to get a bit disappointed with where they live.”

He chaired the meeting in Parliament and said that the atmosphere was “electrifying” with a “packed house of tenants from around London and the UK. We felt like we were talking to some influential people and it was great that they were picking up on it and listening.”

The Guardians of the Arches are concerned that it might be too late to change anything but would love other options to be explored; such as selling the arches to the local councils or offering them as community enterprises; with the arches held in trust using loans from ethical banks.

However, at present it seems likely that the commercial properties will go to the highest bidders. Interested parties include The Blackstone Group, Terra Firma and Goldman Sachs.

Looking to the Future

At present, the fate of the business owners in the arches is unknown. The sale is only one part of the process, and the arches companies are more concerned about the long-term future.

Meg Hillier, Hackney South and Shoreditch’s MP, has also been involved, and talked openly about the “talented entrepreneurs” in the area, and the uncertainty created by Network Rail’s decision. “They just want to do good, honest business on a level playing field,” she said.

Whether they’ll be able to continue to do so remains to be seen.