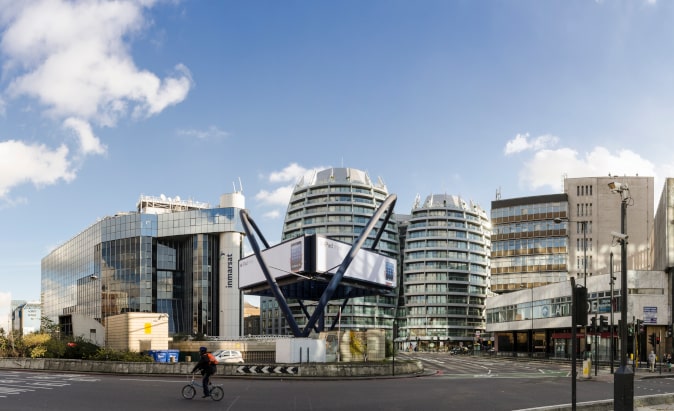 A small business guide to the Old Street Partnership

The Old Street Partnership first formed in 2016, with the sole focus of developing the area of Old Street and driving community development. It’s a large group, comprising not only the London Borough of Islington and TfL, but also local businesses and landowners.

Already, the changes that they’ve pushed through are transforming Old Street and the surrounding area, with several dramatic regeneration projects now underway. Here’s more information about the partnership and the transformation.

The Old Street Partnership identified three main areas of focus, which were:

As part of the plans, several new developments have now been built in Old Street. White Collar Factory, which boasts 293,000 sq ft of office, retail and residential space, was designed by Derwent London. Likewise, The Stage on Great Eastern Street, developed by Cain Hoy, offers businesses 250,000 sq ft of new office premises, and The Bower on City Road, brings a further 320,000 sq ft of office space to Old Street.

Big plans are in place for Old Street roundabout. In a bid to encourage more eco-friendly commuting, new cycle lanes will be introduced throughout the junction, and there will also be improvements to pedestrian routes, with the addition of new pedestrian crossings.

Additionally, Old Street Partnership have suggested that the north-western arm of the roundabout should be closed permanently.

Bringing New Businesses to the Area

Another of the Partnership’s key focuses is encouraging more businesses to set up shop in Old Street. They will be hosting several events over the forthcoming year, designed to showcase the area and highlight its commercial potential.

Should You Move Your Business to Old Street?

Old Street has gone through significant changes and is in the process of being completely transformed. As such, it’s likely to bring new residents to the area, which presents an appealing opportunity for local businesses. If you’re considering relocating to Old Street, it’s recommended to act fast, before commercial property prices start to climb steeply in tandem with rising demand.